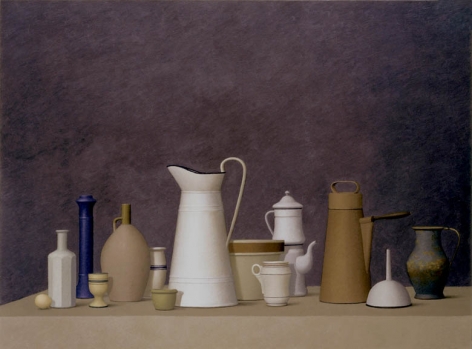 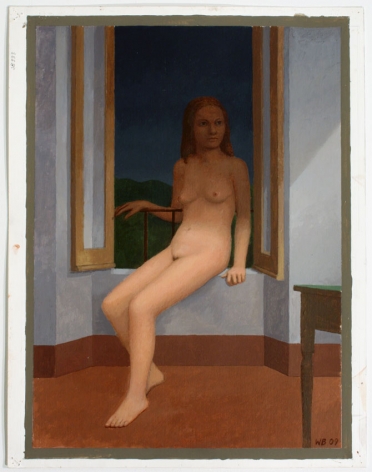 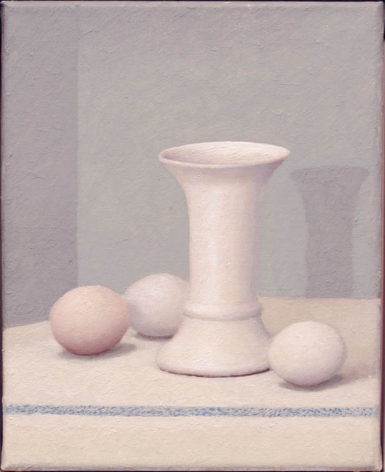 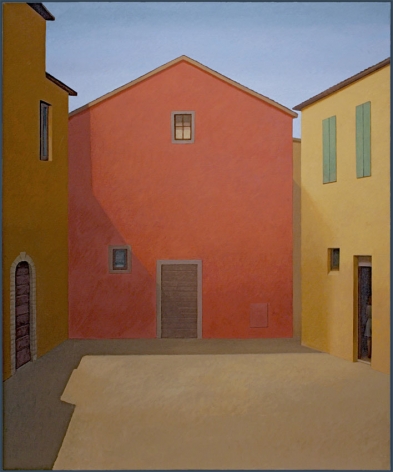 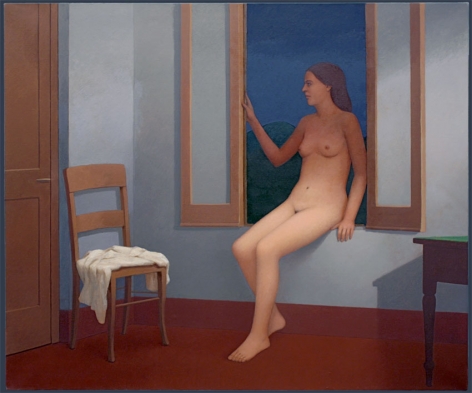 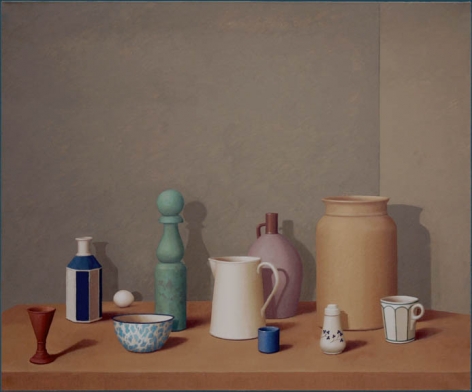 Betty Cuningham Gallery is pleased to announce an exhibition of new work by William Bailey, including still life, courtyard and figure paintings.  This will be the artist’s fourth exhibition at the Gallery, located at 541 West 25th Street, New York, NY. The artist will be present for an opening reception on Thursday, March 29th, from 6 – 8 PM

In the current exhibition, and new to Bailey, are two open courtyard paintings and three figure-in-landscape paintings, alongside five classic still life paintings for which he is best known.  As is the case with all of Bailey’s paintings, his still-life, architecture and figure paintings are composed from his imagination, adjusting the light source and relative scale of each object, building or figure as he paints.

The courtyard paintings – a first for Bailey - share the same carefully rendered surface, soft color and quiet light of his still lifes. The figure paintings depict two imaginary women resting on a hillside, with an Umbrian landscape in the background. Although Bailey has always drawn and painted the figure, these three works are distinctively different as the figures are no longer housed in an interior but rather outdoors bathed in the shadows of daylight.

Although the still lifes in this exhibition are composed of familiar pots, candlesticks, jars and cups that inhabit so many of his paintings of the past, Bailey claims he is not and never wanted to be a ‘still-life painter’. This claim centers on the fact that Bailey, unlike traditional still life painters, does not observe prearranged objects while he paints, but rather constructs his paintings solely using images from his head.

Bailey was born in Council Bluffs, Iowa.  After serving in the United States Army during the Korean War, he studied under Josef Albers at Yale where he received both his B.F.A. and M.F.A degrees.  He has been exhibiting in New York since the late 1960’s. William Bailey’s work can be seen in a host of public and private collections, most notably the Hirshhorn Museum and Sculpture Garden, Washington, DC; Museum of Fine Arts, Boston, MA; Museum of Modern Art, New York, NY; the Phillips Collection, Washington, DC; National Museum of American Art, Smithsonian Institution, Washington, DC; and the Whitney Museum of American Art, New York, NY.  Bailey is the subject of two monographs, one by Mark Strand and the other by John Hollander and Guiliano Briganti. He lives and works in New Haven, Connecticut and Umbria, Italy.