For me a narrative would have to be completely assimilated into the formal language of painting before I could use it in a way that would allow me the artistic freedom, honesty, and authority I need. Perhaps I’m really an abstract painter after all.      ~ William Bailey

Betty Cuningham Gallery is pleased to announce an exhibition of paintings and works on paper by William Bailey. This will be the artist’s seventh exhibition at the Gallery, located at 15 Rivington Street, New York, NY. The artist will be present for an opening reception on Saturday, March 9th from 4 – 6pm.

The exhibition will include 10 oil paintings and several works on paper dating from 2000 to the present. Accompanying the paintings will be  installations of several sketches or “musings”. Although sketching has always been a part of Bailey’s practice, the resulting sketches have never before been exhibited. These ‘musings,’ which are not preparatory and are often completed after the paintings, give viewers a signular glimpse into the artist’s process. They serve as a commentary on the finished work, also on view, and predict possible paintings to come.

Two recent still-lifes, Island and Pathway, completed in 2019 and a large figure painting, Cellulare, completed in 2017, will also be featured in the exhibtion. Whether a figure or object, all of Bailey’s subjects come from his imagination. As a result, Bailey’s paintings are less about representation and more about the formal language of painting.

William Bailey was born in Council Bluffs, Iowa.  He attended the University of Kansas, School of Fine Arts. After serving in the United States Army during the Korean War, he studied under Josef Albers at Yale where he received both his B.F.A. and M.F.A degrees. He has been exhibiting in New York since the late 1960’s. Bailey’s work can be seen in a host of public and private collections, most notably the National Gallery of Art, Washington, DC, the Hirshhorn Museum and Sculpture Garden, Washington, DC; Museum of Fine Arts, Boston, MA; Museum of Modern Art, New York, NY; the Phillips Collection, Washington, DC; National Museum of American Art, Smithsonian Institution, Washington, DC; and the Whitney Museum of American Art, New York, NY. Bailey is the subject of two monographs, one by Mark Strand and the other by John Hollander and Guiliano Briganti. William Bailey: Works on Paper is on view through May 22, 2019 at the Henry Koerner Center for Emeritus Faculty at Yale University. Bailey lives and works in New Haven, Connecticut and Umbria, Italy. 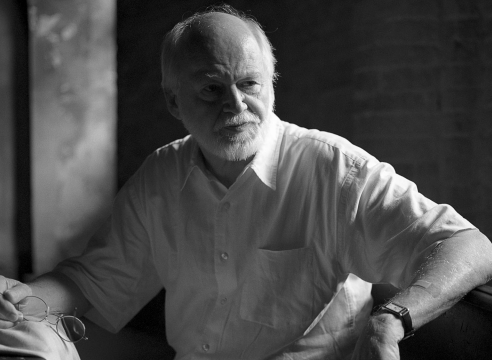 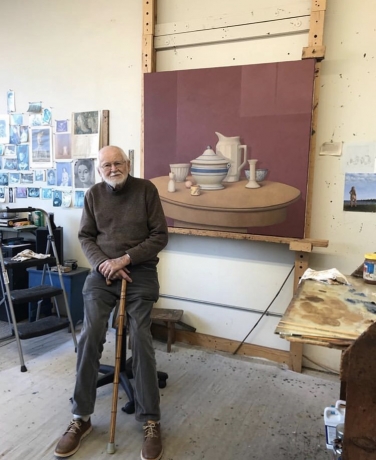