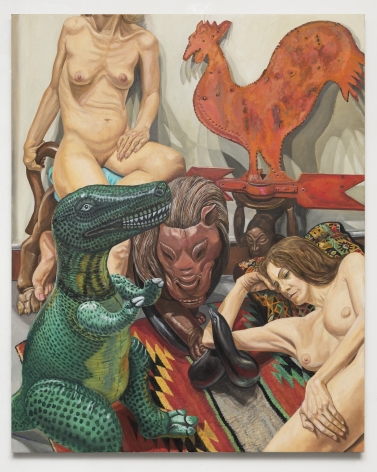 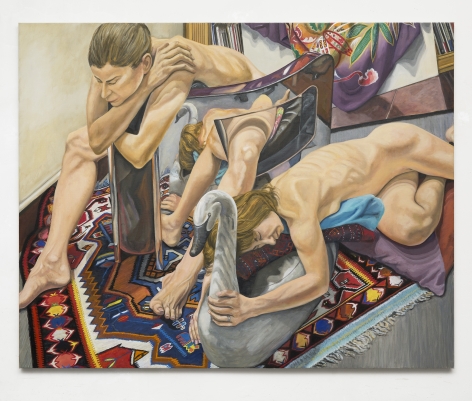 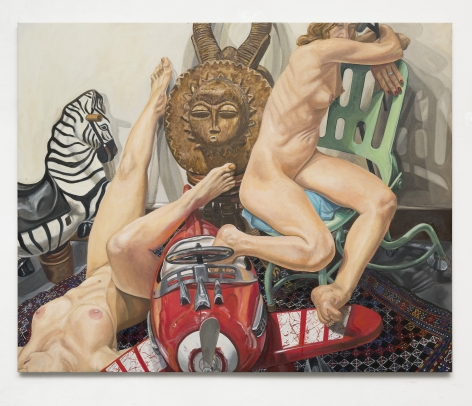 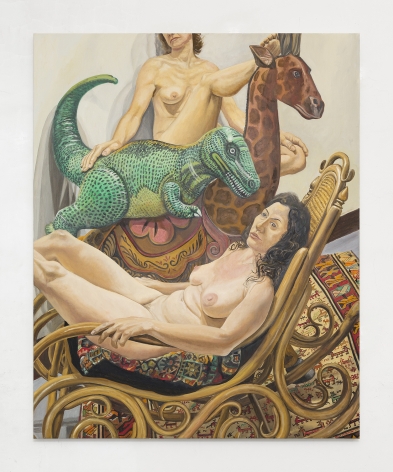 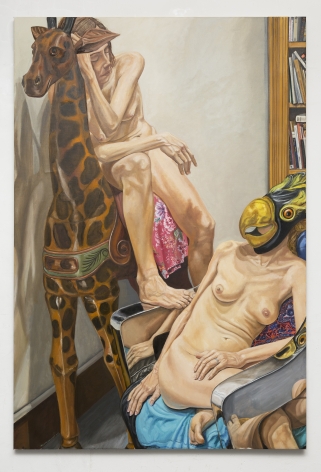 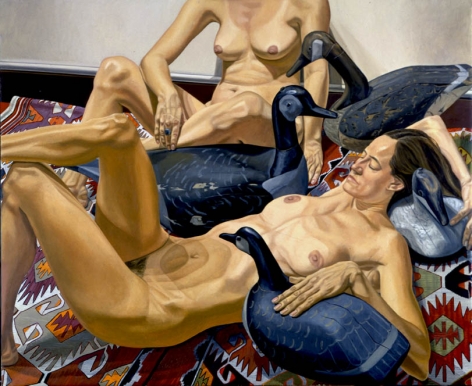 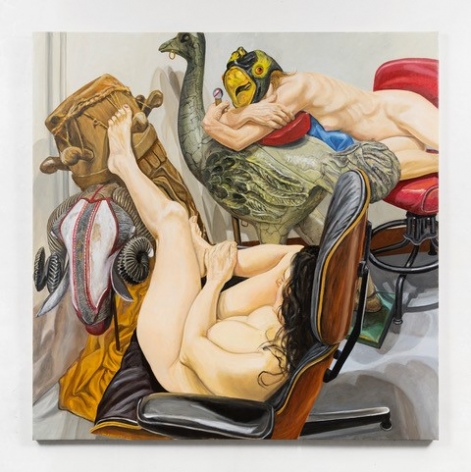 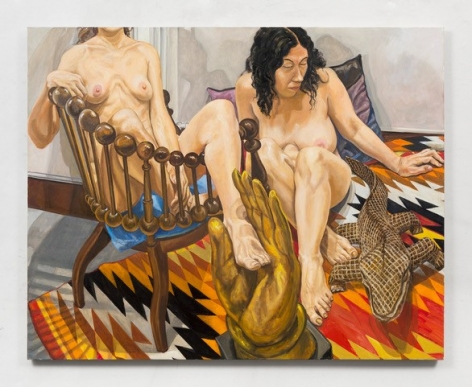 Betty Cuningham Gallery is pleased to open Philip Pearlstein: Today, which features recent paintings. The artist will be present for an opening reception on Thursday, May 10th, from 6-8 PM.

In 1971, Pearlstein clearly stated his position on realsim in an article, “Why I Paint the Way I Do”, which appeared in the New York Times on August 22 of that year. The article, which is reproduced in full in the exhibition catalogue, is as strikingly relevant to Pearlstein’s painting today as it was in 1971. In fact, Pearlstein had suggested ‘Alone in the Jungle’ as a title for this article, indicating how alone he felt in his particular approach to realism. Unlike the other realists of the time, Pearlstein chose to paint exactly what he saw, without resorting to photography or narrative.

I meant to create strong aggressive paintings that would compete with the best of abstraction.

As seen in the paintings on view, Pearlstein remains sustained by a voracious hunger to paint exactly what is in front of him. Over time his paintings have evolved in their visual complexity, challenging his skill yet adhering to the original premise of an abstracted realism that he set forth in 1971.

Philip Pearlstein was born in Pittsburgh, PA in 1924.  He received a BFA from Carnegie Institute of Technology in 1949 and an MA from NYU’s Institute of Fine Arts in 1955. That same year he had his first solo show at Tanager Gallery. Among Pearlstein's honors are a National Endowment for the Arts grant, 1968; a Guggenheim Foundation fellowship, 1969; and election to the American Academy and Institute of Arts and Letters, 1982 for which he served as President from 2003 – 2006; and recently the Icon Award in the Arts from the Bruce Museum in Greenwich, CT.  Honorary Doctorates received from: Carnegie Mellon University, Pittsburgh, 1983; Brooklyn College, Brooklyn; College of Art & Design, Detroit; New York Academy of Arts, New York; and Lyme Academy College of Fine Arts, Old Lyme. Adding to his extensive exhibiting history, Pearlstein was recently featured in Salon 004 at the Saatchi Gallery in London, with a solo exhibition, Paintings 1990-2017.

The exhibition will remain on view through June 17th. 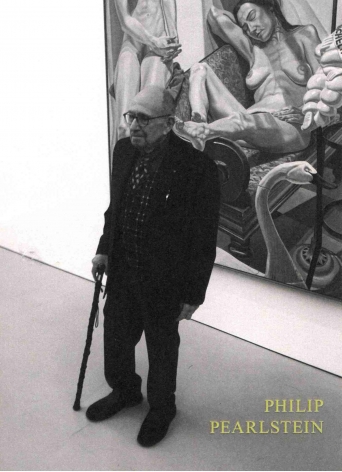