Philip in front of bombed buildings on the bank of the Arno River. Florence, Italy, Fall, 1945.

A WAR AND TWO PAINTINGS
I was drafted into the U.S. Army in June 1943 upon completion of my freshman year in the art school of Carnegie Institute of Technology in my hometown of Pittsburgh, Pennsylvania. I spent the next three years, two of them in Italy, as a GI. However, the fact that I had won two prizes in the National Scholastic High School Art Contest in 1941, while in the eleventh grade of high school, played a very significant part in my wartime experience.

Until I was 9 years old, I lived on Cherokee Street, at the very top of Pitts-burgh’s Hill District. It was a large, racially mixed neighborhood, in which many of the white families were first-generation immigrants from various European countries. My mother was born in Lithuania and my father was born in Pittsburgh, shortly after his parents had arrived from Russia. After a brief time in Wheeling, West Virginia during the height of the Great Depression of the 1930s, my parents and I moved back to Pittsburgh. We moved into a small house on Murray Avenue near Greenfield Avenue that was also occupied by my father’s seven siblings and his mother. We made a family group of ten adults and me. As there were only three bedrooms in this small five-room house, I shared beds with my uncles, who rotated their sleeping quarters (someone was always sleeping on the living room sofa). It was in the living room, on a folding card table, that I began to make art, which subjected me to teasing from my uncles.

There were two highlights for me during my junior high and high school years. The first was the big flood of 1936, when our city was without electricity for a couple of weeks. We lived by candlelight, and no one was able to get to work. It seemed like an extended festive event. The second highlight came five years after the flood, when I won the National Scholastic High School Art Contest. 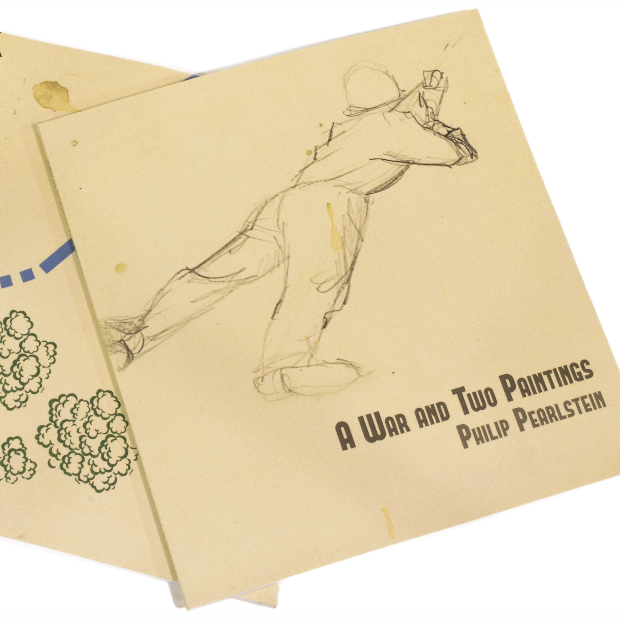