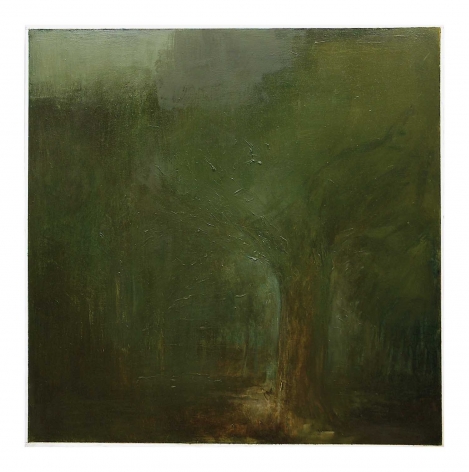 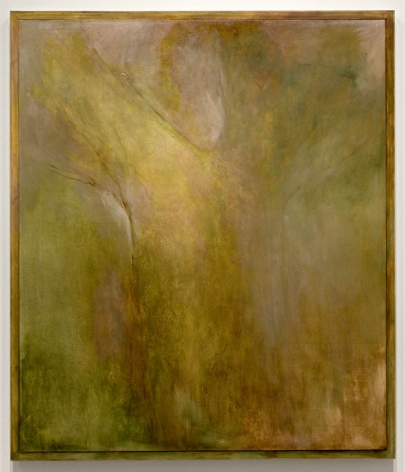 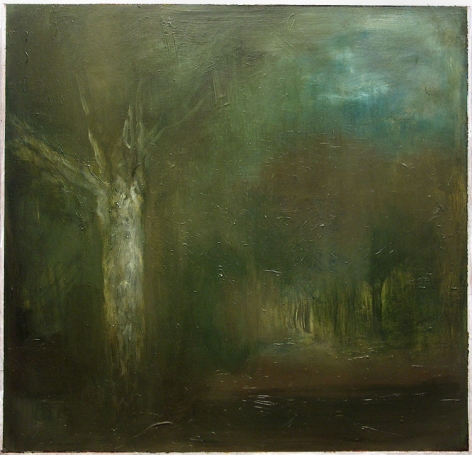 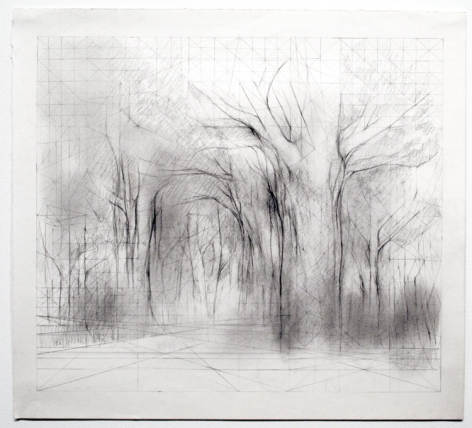 Betty Cuningham Gallery is pleased to open, JAKE!, an exhibition of Jake Berthot’s paintings and drawings completed during the last 15 years of his life. This will be the third exhibition at the Gallery since the artist’s passing in 2014. A celebration of the work will be held on Saturday, January 18th from 4 – 6 PM.

The current exhibition brings together 24 paintings and 10 works on paper, all containing an image of a tree. The tree crept into Berthot’s painting following his move from the City to Upstate New York in 1992. It became the central presence, replacing the frame of his 1970s paintings and the oval of the 1980s works.

Once Upstate and surrounded by nature, Jake’s introduced the tree. It seemed a radical step away from abstraction to representation, however, his commitment to structure and poetry remained. The underlying grid served to anchor the tree in an indefinite place defined by light, atmosphere and Berthot’s distinct hand.

Jake Berthot held on to two tenets throughout his 45-year career, one was his attachment to the formal geometry of the grid and the other was his intuitive attraction to the poetry of a mysterious or indeterminate space. Twisting the grid to achieve several vanishing points allowed him to realize a place of sensation, or what he would call “a Rothko-like space.”

High on the wall of his studio, Jake wrote his mantra:

We may climb into the thin and cold realm of pure geometry and the lifeless science or sink into that of sensation. Between these extremes is the equator of life, of thought, of spirit, of poetry – a narrow belt.

Jake Berthot was born in Niagara Falls, NY in 1939.  He attended the New School for Social Research and Pratt Institute in the early 1960s. The artist held teaching positions at Cooper Union, Yale University, the University of Pennsylvania, and The School of Visual Arts. He received a number of awards and grants, including a Guggenheim Fellowship in 1981, a National Endowment for the Arts Grant in 1983 and an Academy Institute Award from the American Academy of Arts and Letters in 1992. In 2016, the Phillips Collection in Washington, DC mounted a solo show of the artist’s work, Jake Berthot: From the Collection and Promised Gifts. Berthot’s work can be seen in a host of notable museum collections, including the Museum of Modern Art, The Metropolitan Museum of Art, The Whitney Museum of American Art, and The Solomon R. Guggenheim Museum, all in New York City. Nationally, his work is in the collections of The National Gallery of Art, Washington, DC; Houston Museum of Fine Arts, Houston, TX; The Rose Art Museum, Brandeis University, Waltham, MA; Berkeley Art Museum and Pacific Film Archive, Berkeley, CA; and the Phillips Collection, Washington, DC.

JAKE! is accompanied by an illustrated catalogue and will remain on view through Sunday, February 23, 2020. 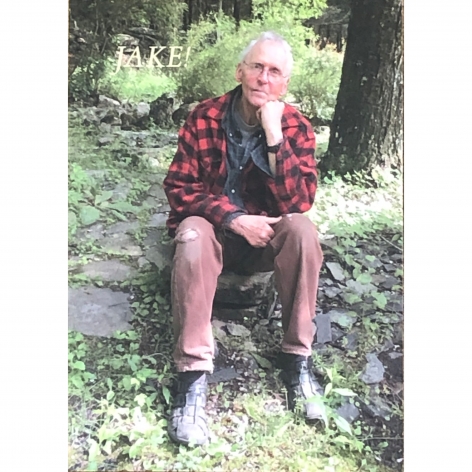 "All that I saw were some small and medium-sized paintings, mostly very dark, almost indistinguishable. How could I review this show?"