Throughout the whole course of his stylistic and conceptual development. Berthot has begun his paintings more or less the same way. He starts with an intuitive geometrical approach to drawing by developing composition through gridded lines that quickly morph into wildly distorted isometric-orthographic webs. Berthot's grids look and feel very much like nature distended then unraveled. His structural drawings rival the sketches of Giacometti and Mondrian in both artistic insight and intensity, and the inventive designs of Buckminster Fuller in terms of imaginative effort. This understructure is obliterated dur­ing the painting process itself, when skeins of umber and sienna, and glazes of both sap and Courbet greens, are layered over one another, over time, in order to achieve the artist's desired atmospheric effect. Here, once again, Emerson is apropos, "the material is degrad­ed before the spiritual. "5

Berthot's paintings are a potent combination of both earthy and modern impulses. Although seemingly incongruous at first, the quality of earthiness provides a. counterpoint to his modernist tendencies. Berthot's earthiness enriches and sensualizes an otherwise reductive sensibility. One has only to recall the gypsy-inflected string quartets of Bartok, the vulgar vernacular of Faulkner, or the distilled folkishness of Brancusi's great sculpture, to realize that this is a distinguished tradition within the history of modernism. As is the case with most modern painting, the viewer has a key role in completing-really finishing-the work. In this sense, Berthot's paintings are enormously generous works of art that endless­ly renew themselves upon separate viewings.

When compiling lists for an "ideal syllabus" several years ago, the critic Jerry Saltz noted a conspicuous lack, perhaps generational, of Emerson from among the selections of the con­temporary artists and professionals whom he surveyed.6 Jake Berthot's recent work goes a long way toward reinvigorating the role of the Emersonian existentialist in American art. 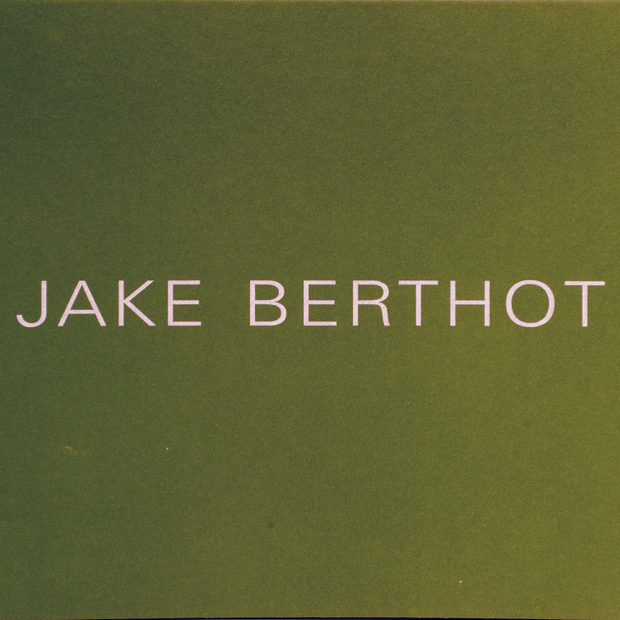