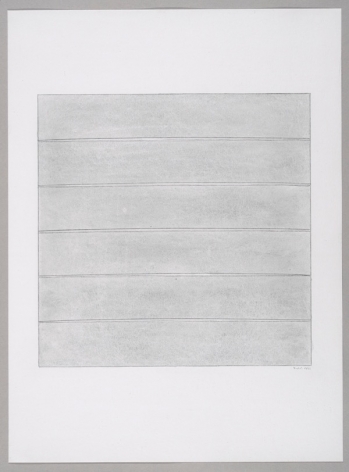 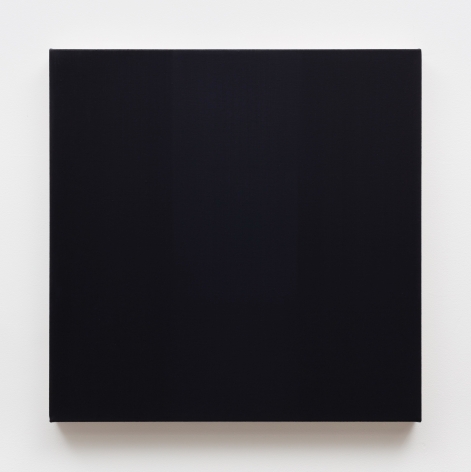 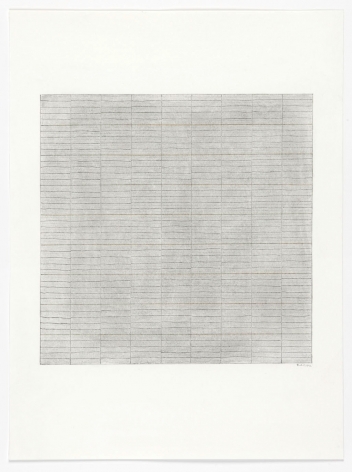 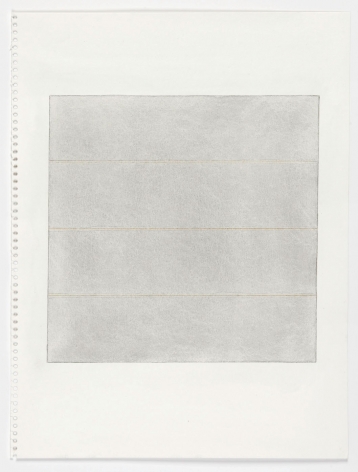 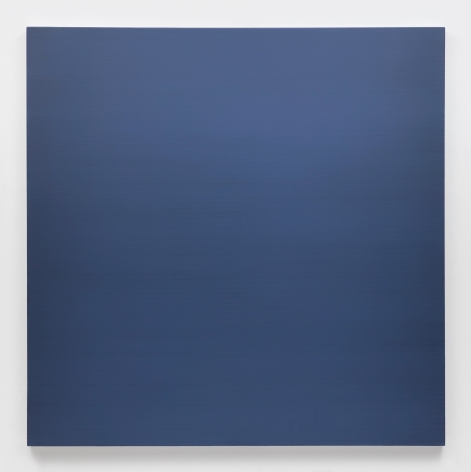 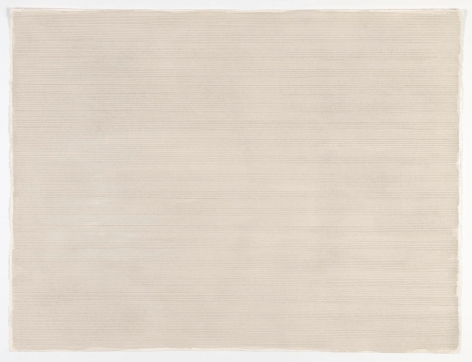 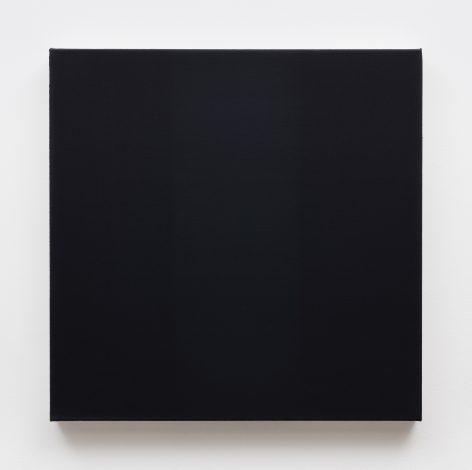 The exhibition is composed of 6 works on canvas and 8 works on paper, all considered ‘paintings’ by de Crignis. All were completed in the early-to-mid 1990s during a watershed moment in the New York artist’s career when he abandoned his long-standing interest in the organic or figurative qualities of his subjects in favor of a reduced, geometric style.  Extraneous elements were pushed to the edge of the picture plane and by the 1990s had disappeared. His works became more meditative. The color became denser and darker in tone; de Crignis turned to oil paint over tempera for its translucent qualities.

To create the works in this exhibition, de Crignis first coated his canvases with layers of gesso, and then using thin veils of oil paint in multiple layers and colors, he painted across the surface with a wide brush – first horizontally and then vertically.  Eventually the accumulation of the strokes created a network of fine lines in the paint that allowed the initial layers to shine through.  The layering technique functioned “to build up a certain space for the space and the light” ensuring “that everything in the painting is visible… The whole journey of the painting is open.”  The works on paper provide a more intimate view but follow the same journey: the lines are drawn or incised, ruled or free hand, effaced or not, into watercolor or tempera. 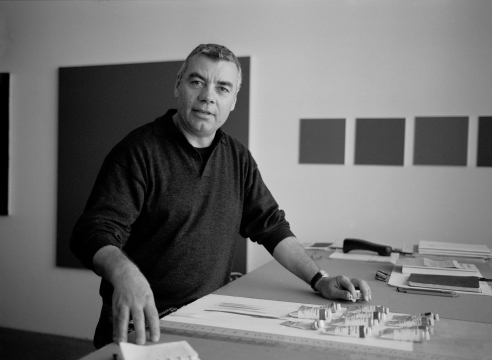 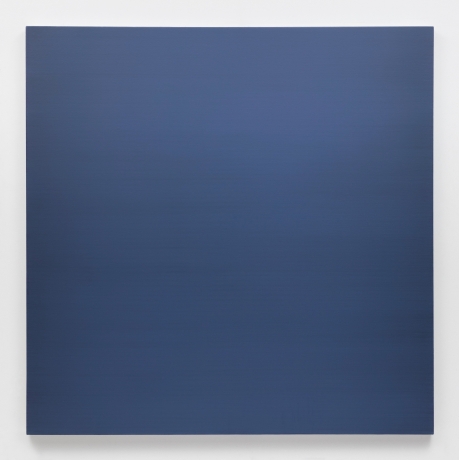 Join us for a Panel Discussion on Rudolf de Crignis

A conversation about the work of Rudolf de Crignis. 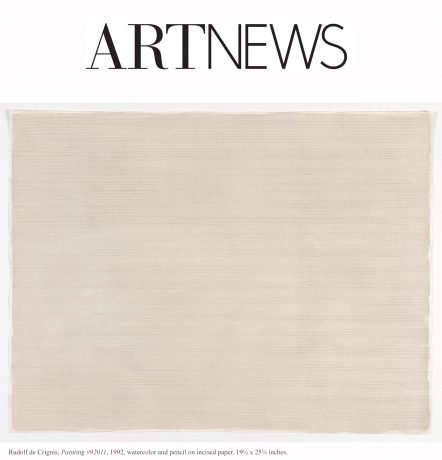 These 14 paintings—six on canvas and eight works on paper, all from the mid 1990s—are as stunning and refined as minimalism can be—and as deceptively complex. Rudolf de Crignis, who died in 2005, was a Swiss-born artist who began his career in performance and video, and aspects of both make themselves felt, barely perceptibly, in his paintings and drawings.