Graphite and tempera on found cardboard

Poster paint and pencil on cardboard

The works of Bill Traylor will be the focus of Betty Cuningham Gallery’s booth (A11) at the 28th annual Art Show, organized by the Art Dealers Association of America (ADAA).  The Art Show opens the evening of March 1 with a gala preview to benefit the Henry Street Settlement and it remains open to the public March 2 – 6, 2016 at the Park Avenue Armory, located at Park Avenue and 67th Street in New York City.

Bill Traylor was born a slave in 1854, on the George Traylor family’s plantation in Benton, Alabama.  Following Emancipation, Traylor continued to work for George Traylor and later for his son, Marion Traylor, as a farm laborer and then as a tenant farmer. In 1910, he moved to Montgomery County where he continued to farm for another 17 years.  By 1928, at age 74, Bill Traylor had moved to the city of Montgomery, where he briefly worked in a shoe factory until he became crippled by arthritis. In 1936, homeless and on relief, Bill Traylor slept in the back room of a funeral parlor in downtown Montgomery.

In 1939, Charles Shannon encountered the 85-year-old Bill Traylor, seated in front of a blacksmith shop on Monroe Street in Montgomery, Alabama.  He describes Traylor as having a pencil stub in hand, as if he was drawing for the first time. Intrigued, Shannon provided Traylor with art supplies, encouragement and support (purchasing many works for modest prices) until Shannon was drafted in 1942. 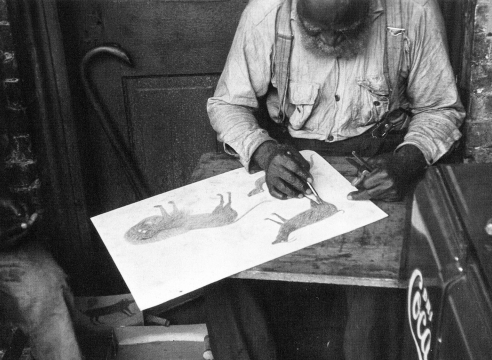 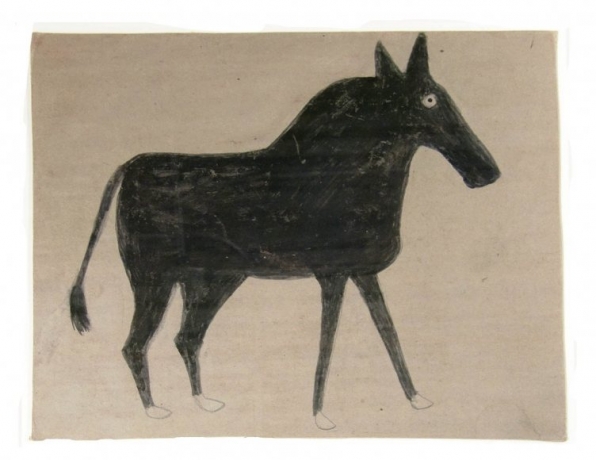 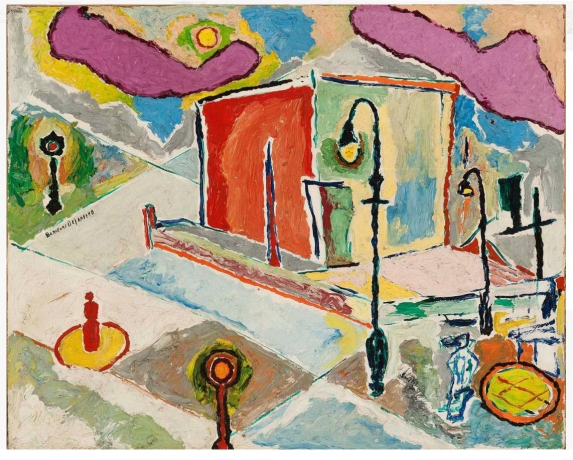 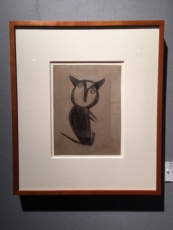 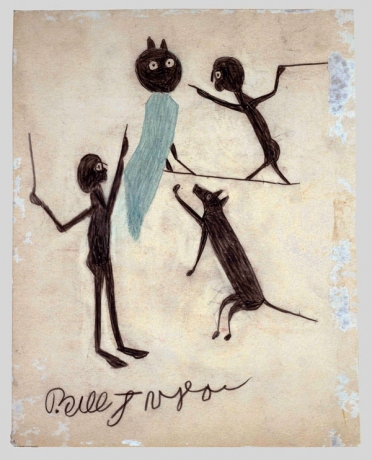 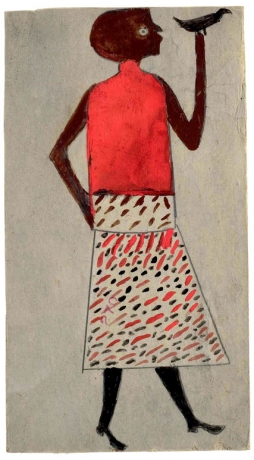