A SHORT HOMAGE TO PHILIP PEARLSTEIN by Linda Nochlin

I have already said a great deal about Philip's work and yet it continues to intrigue me. He is a realist, perhaps the greatest realist of our time. This of course does not imply that he is a traditional realist: on the contrary, he is a post-abstract expressionist realist, and that means a lot. In the first place, in the work of the 60s and 70s, he is as engaged with the empty spaces as he is 􀀌th the subjects. His are always all-over paintings, the triple cast shadows, the chair-legs and the slanting floors as important, visually, as the inert human bodies they encompass.

Nor does overt narration ever intrude; on the contrary. There is no story line in any of his pictures, except for the inevitable one of the silence of posing itself. Later, the compositions get more complicated. Yet they remain true to the spectacle of concrete presence in the actual world, a truth central to the realist project. It's just that angles of vision become even more startling, and the accompaniments of human presences, nude mostly, more fantastic and startling. But they are real objects, whether they be electric fans or Mickey Mouse figurines or Navajo rugs, and they exist in the real studio space that Philip and his subjects occupy. That they afford immense visual pleasure at the same time that they provoke and demand active looking goes without saying. This is quite an achievement, and I salute it both as an art-historian and as an art-lover who has been around for quite a while.

This catalogue is published on the occasion of the exhibition Philip Pearlstein­ Just the Facts at the New York Studio School of Drawing, Painting and Sculpture,January 16 through February 22, 2014. Our special thanks to Robert Storr for initiating this exhibition and its catalogue, and to Betty Cuningham for her encouragement and ongoing support. Our appreciation goes to our contributing writers, Byron Kim, Graham Nickson, Linda Nochlin, Irving Sandler and Robert Storr. Sincere thanks also to Philip Ennik, Jessica Kitz, Osamu Kobayashi, and Pamela Salisbury.
Above all, we acknowledge the generous spirit and participation of Dorothy and Philip Pearlstein, with particular thanks to Philip for the important works which comprise this exhibition.
Studio 1993. Photo by Jerry Thompson
The New York Studio School Gallery program is made possible,
in part, with public funds from the New York City Department of
Cultural Affairs in partnership with the New York City Council.
Publication © 2014 New York Studio School of Drawing, Painting and Sculpture
Introduction© Graham Nickson; essay© Linda Nochlin; essay© Byron Kim;
essay © Irving Sandler; essay © Robert Storr
Catalogue design by Lawrence Sunden, Inc.
Printed by Keller Bros. & Miller, Inc. 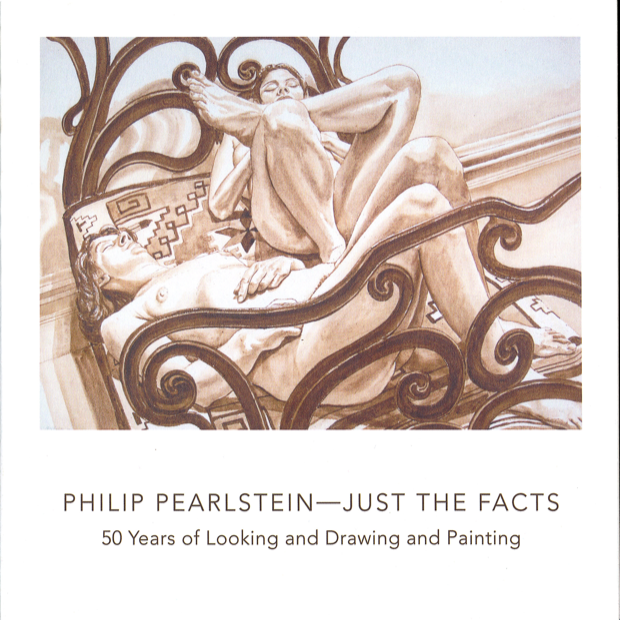