The greatness of jazz is making so much perfection and beauty from a relatively simple song. With landscapes, the perfection is there already.  Then you try to come up with a recognizable tune.  My brief encounters with John Cage in college gave me the idea that everything in my sight is good and helpful – accept everything.

Betty Cuningham Gallery is pleased to open an exhibition of the Works on Paper by Stanley Lewis in SIDECAR (the Gallery’s next-door space). This will be the artist’s second show with the Gallery and will run concurrently with Stanley Lewis: The Way Things Are, Works from the William Louis-Dreyfus Foundation at the New York Studio School (October 3 – November 13, 2016). The artist will be present for an opening reception in SIDECAR on Saturday October 22, from 4 -7 PM.

The Gallery exhibition will include ten works on paper, all drawn on site: his backyard, the train station, his studio or the kitchen. Each is a modest feat endowed with time-consuming labor and incredible ambition. Stanley admits, “It almost kills me!”

The proposition for Lewis is that all painting is abstract. A problem solver by his own admission, Lewis works for years on a drawing attempting to grasp the detail - “the little things” - while holding on to the surface of the drawing.  In the current exhibition, the works on paper reveal his cut-and-assemble process that results in his bas-relief, bumpy drawings.

Stanley Lewis was born in Somerville, NJ in 1941.  He received a BA from Wesleyan University in 1963 and an MFA from Yale University in 1967 as a Danforth Fellow. Throughout his career, Lewis has held posts as teacher and critic at various institutions including Kansas City Art Institute, Smith College, and American University. In 2005, Lewis received a Guggenheim Fellowship and in 2015 he received an Arts and Letters Award from the American Academy of Arts and Letters. His work can be found in numerous public collections including the National Academy Museum, New York, NY; Hollins University Gallery, Roanoke, VA; the Collections of Hobart and William Smith Colleges, Geneva, NY; Indiana University Art Museum, Bloomington, IN; and the Watkins Collection at American University, Washington, DC, among others. In 2007, the Katzen Art Center at American University, Washington, DC hosted a retrospective of the artist’s work. Lewis lives and works in Leeds, MA. 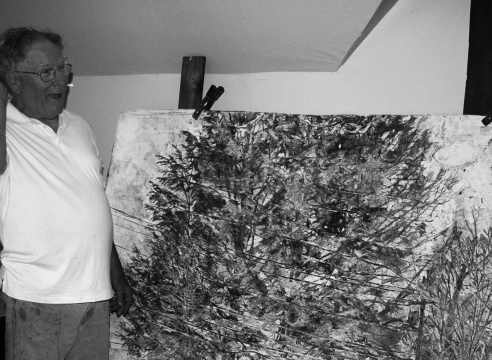 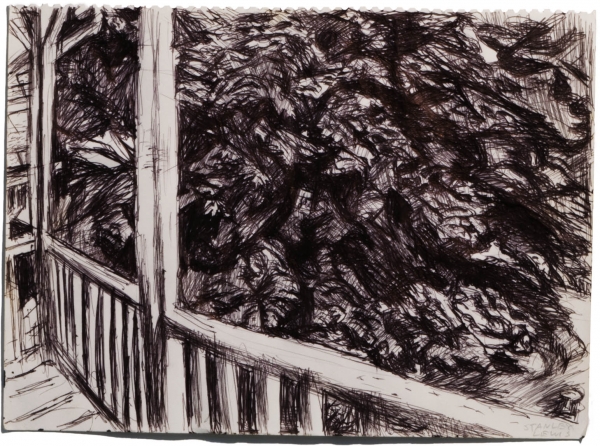 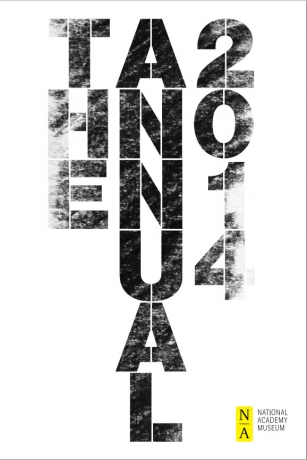 Stanley Lewis to receive the "2014 National Academy Award for Exccellence"

Artist Stanley Lewis has won the "2014 National Academy Award for Excellence", due to his participation in the Academy's "Annual 2014: Redefining Tradition." A comprehensive showcase of contemporary art and architecture which features work by National Academicians and artists alike. 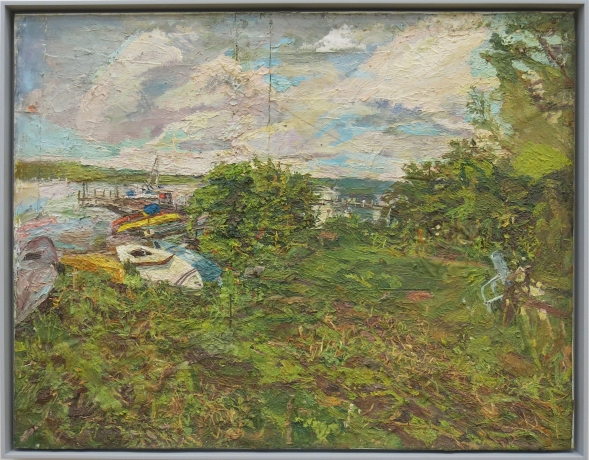 "Stanley Lewis’s work is the obverse of what one might think of as a downtown aesthetic. His paintings and drawings, now on view at Betty Cuningham’s new Lower East Side home, carry a real one-two punch. Here are deliberately..." - David Carbone