Pencil, ink, watercolor and white out on paper

Ink, watercolor and white out on paper

Caryatid in the Snow (Ruth in her Chesterfield), 2018

Betty Cuningham Gallery is pleased to announce an exhibition of new paintings and drawings by John Lees, March 29 – May 6, 2018. This will be the artist’s fifth solo show at the Gallery, located at 15 Rivington Street. The artist will be present for an opening reception on Wednesday, April 4th, 6 – 8PM.

The exhibition is comprised of 20 paintings (the largest of which, Ghost Trio, is 20 x 20 inches) and 6 drawings, all recently completed. Characteristically, Lees spends years working and reworking his paintings and drawings, often leaving a written diary on the front or back of the work as a physical reminder of the time spent. In these recent paintings and drawings, Lees sands down the surface, incorporates brighter color and introduces a more complex narrative into his work. He no longer concentrates on a single image: a person, a hill, a stream or his childhood home. In Trio, there are three figures all in different states of (un)dress, one in the shower, one wrapped in a towel and the other fully dressed.  Similarly, in Lunar Chorine – a subject repeated in several works – there is a conversation going on between the figures: a female figure in a dancing costume dominates, while a large man hides in the shadows. The players are anonymous and the narratives ambiguous, but, characteristic to Lees, all are drawn from an experience buried deep in his subconscious.

Lees is the recipient of numerous awards and grants, including the American Academy of Arts and Letters’ Hassam, Speicher, Betts, and Symons Purchase Fund Award; the Francis J. Greenburger Award; the John Simon Guggenheim Memorial Foundation Grant; and the National Endowment for the Arts Fellowship Grant.  His work can be found in a host of public institutions, most notably the Detroit Institute of Art, Detroit, MI; the Fogg Art Museum, Cambridge, MA; The Kemper Collection, Kansas City, MO; the Orange County Museum of Art, Newport Beach, CA; the Museum of Modern Art, New York, NY; and The New Museum, New York, NY.

The exhibition will remain on view through Sunday, May 6th 2018. 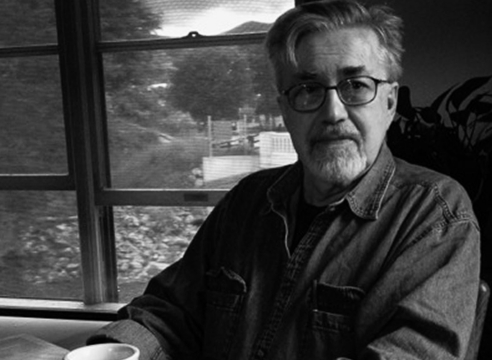