She reminded me of myself as a child.  I found her cute and innocent.  I fell in love with her instantly and was moved to paint her.

Betty Cuningham Gallery is pleased to open Objects of Affection featuring recent paintings by Beverly McIver. This will be McIver’s third solo exhibition with the gallery located at 15 Rivington Street, New York, NY. The artist will be present for an opening reception on Wednesday, September 7th from 6 – 8 PM.

McIver’s paintings are a voyage in self-revelation from her earlier self-portraits in white face (the clown) to black face (confronting the black stereotype); to more recently, the unmasking of her skin, body and feelings as she explores her identity as an artist and as an African American.

In this exhibition, McIver continues her quest to understand herself, particularly focusing upon her father, who she met for the first time at 17, her mentally disabled sister, for whom she is a guardian, and her small black doll,  her alter ego. Father, Sister, Doll, all objects of affection and for Beverly, objects of revelation.

McIver’s work can be found in a number of public collections, including the Baltimore Museum of Art, Baltimore, MD; the Crocker Art Museum, Sacramento, CA; Duke University, Durham, NC; the North Carolina Museum of Art, Raleigh, NC; and the Weatherspoon Art Museum, Greensboro, NC.  She has been the recipient of numerous awards and fellowships, most notably the Louis Comfort Tiffany Award, 2003-04; Marie Walsh Sharpe Fellowship, 2003 and again in 2012-2013; Radcliffe Fellowship from the Radcliffe Institute for Advanced Study at Harvard University, 2002; Creative Capital Grant, 2002; John Simon Guggenheim Fellowship, 2001; Anonymous Was A Woman Grant, 2000; and North Carolina Arts Council Visual Artist Fellowship, 1994. As a finalist in the Outwin Boochever Portrait Competition, McIver’s work is currently on view at the National Portrait Gallery in Washington, DC through February 2014. In December of 2011, HBO presented a feature length documentary about the life and painting of Beverly McIver, titled Raising Renee, directed and written by Jeanne Jordan and Steven Ascher and produced by West City Films.

Beverly McIver was born and raised in Greensboro, NC. She received a BA in Painting and Drawing from North Carolina Central University and a MFA in Painting and Drawing from Pennsylvania State University.  In 2007, she received an Honorary Doctorate from North Carolina Central University where she was a Professor of Art from 2007 to 2014. Currently the artist lives and works in Durham, NC where she is the Esbenshade Professor of the Practice of Visual Art at Duke University. 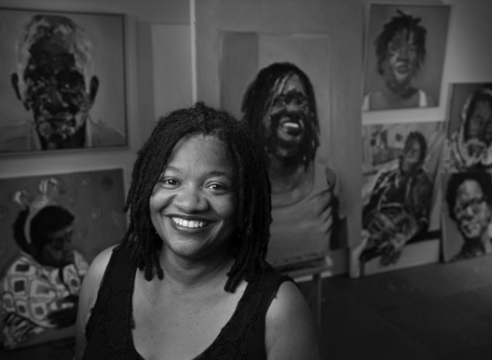 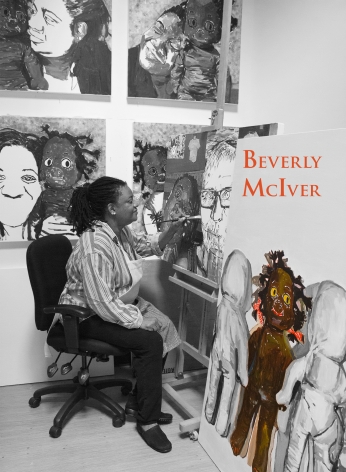 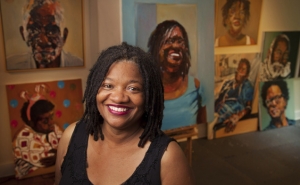 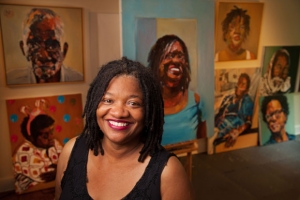 A Life That Is 'Good and Scary and Joyous' 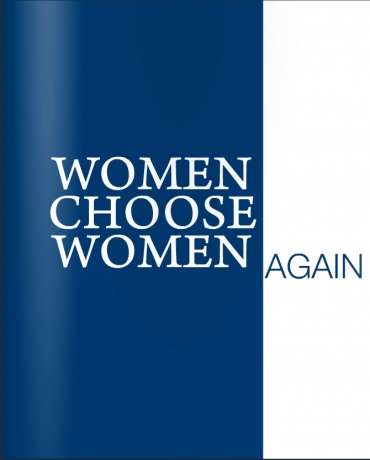